Climate change is a global issue that requires the collective action of individuals, institutions, businesses, governments and non-governmental organizations.

Global warming has caused and is continuing to cause many hazards across the globe including issues like disappearing villages, rising sea levels, species extinction among others. According to the Intergovernmental Panel on Climate Change (IPCC), to address the issue requires radical action from all members of the society so that global warming can be limited to 1.5ºC. The result will be a more sustainable future.

On September 23, 2019, the UN Secretary-General Antonio Guterres will host the annual UN Action Summit to discuss ways to implement the Paris Agreement on Climate Change.

Stakeholders across the globe realize that for Sustainable Development Goals and the objectives of the Paris Agreement to be achieved it requires collective efforts from nations across the world.

The school strike for climate also referred to as Fridays for Future (FFF) Youth Strike 4 Climate and Youth for Climate is an annual global strike for climate change demonstration organized by international students. The movement began in November 2015 involving over 100 countries and had over 50,000 participants. The international students expressed their concern about global warming issues by skipping classes on 30th November 2015, which was the first day of the UN 2015 United Nations Climate Change Conference in Paris. Since then, the global strike for climate change has continued every year during the annual UN Action Summit on Climate Change.

The global climate strike demonstrations have three focus areas. First students demand 100% clean energy, secondly, they demand resources mobilization to help climate change refugees and lastly the students demand the cessation of the use of fossil fuels as a source of energy.

This year, once again, Swedish outspoken activist Greta Thunberg will participate in the strikes for climate change. She began demonstrating when she was only 15 years old outside the Swedish parliament, with a call for actions against global warming. In August 2018, activist Greta Thunberg held a sign outside the Swedish parliament written “School strike for Climate.” In this year’s summit, Greta Thunberg will attend the New York UN summit and will use a yacht to sail to New York, which is an eco-friendly means of transport.

The movement by the youth is a call to all members of the society to disrupt their routines and schedules on 20 and 27 September 2019 and join the thousands of youth in their strike for the climate.

Climate-induced fleeing has been on the rise with refugees totaling over 16 million. If the situation on climate change doesn’t change by 2050 there will be hundreds of millions affected by extreme weather conditions. This includes rising sea levels, flooding, and desertification which will force them to flee their homes to safe havens. It is paramount that ample resources are set aside to help refugee victims of climate change as society tries to deal with the root issue.

To prevent any further global warming and climate change, the global climate strike students demand the use of 100% clean energy. As such, only renewable energy resources should be used as energy sources namely solar power, wind power, biomass, and geothermal energy.

While there is a demand to use 100% clean energy, there is a demand to stop the use of fossil fuels as an energy resource.  Petroleum-based fuels are mined, drilled and then burnt to generate power. All these actions are harmful to our health and to our environment causing land degradation, air pollution, water pollution, and global warming. Industrialization, the invention of various machinery and electricity has revolutionized the world in the last century and at the same time presented health and environmental challenges. Fossil fuels provide energy for vehicles, machinery, and lights to our homes providing up to 80% of the world’s energy needs. Fossil fuels include natural gas, oil, and coal.

Unfortunately, the use of fossil fuels leads to many hazards because during their combustion they generate carbon and other greenhouse gases which are responsible for water, air, and global warming. In the USA it is estimated that fossil fuels account for 75% of carbon emissions. Global warming occurs when carbon traps heat in the environment which leads to climate change. Air and water pollutants are a health risk to animals and human beings.

As thousands of international youth demand for actions on climate change, it is a time for everyone to reflect on how they can effectively reduce global warming. One of the major ways is using alternative energy sources which are solar power, wind power, geothermal and biomass energy. 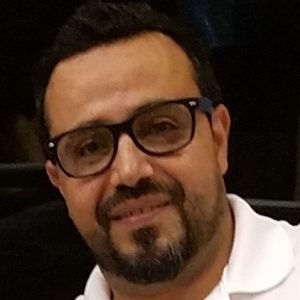